Even the health conscious can get cancer
Cleo is in her late 40s, mother of a teenage daughter, wife to a businessman. She is a devout Buddhist and thus, is a vegetarian. During her free-time, she volunteers at Buddhist organisations beside fulfilling her role has a loving mother and wife.

She is also very health conscious and is very careful with the things she and her family eats. She doesn’t eat many of the meat-substitute made from gluten. In Chinese vegetarian cuisine, it is common to find these gluten made from soy extract, which are processed with meat flavouring, colouring and is often deep-fried to get a meaty texture. 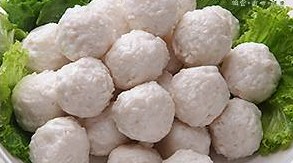 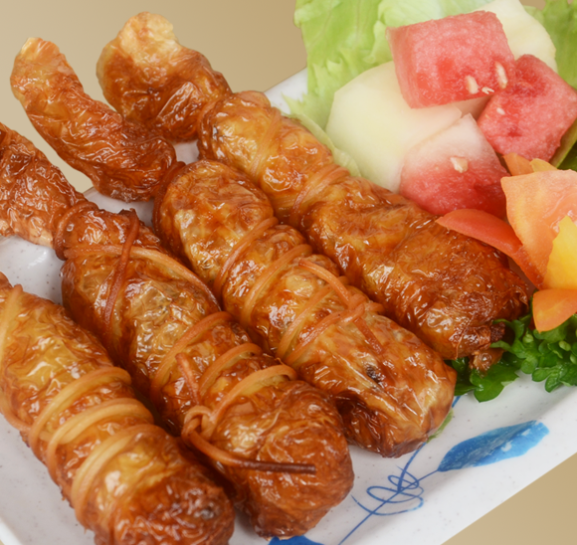 Chinese Vegetarian Food: To be honest, some of these stuff are delicious!

As a devout Buddhist, she also don’t eat eggs and dairy products, something many so-called Natural & Healthy living websites advocate as well. In her case, it’s just a religious restriction and she has been practising this diet for decades.

First signs of trouble
The last few years before the diagnosis, she would feel tired easily even though she tried to exercise. As it is common for vegetarians to be more easily tired, she thought nothing of it. However, late in 2016, her weight started to drop for no reason and she lost her appetite. She would also get bloatedness in her stomach, which she attributed to her lower intake of food due to lost of appetite.

Her husband had recently done an endoscopy and colonoscopy where some potentially pre-cancerous polyps were discovered and removed. Prior to the treatment, he had stomach discomfort due to bloatedness, so he advised her to do the same procedure.

The purpose of the scopes is to look for ulcers, polyps, cysts, worms, parasites and tumours. Both are considered day surgeries so they are covered by most hospitalisation insurance.

In Cleo’s case, the doctors suspected ulcers and polyps. What they found brought her world crashing down!

According to statistics from Singapore Cancer Society, Colorectal cancer is the No. 1 killer in men and No. 2 killer in women for cancer sufferers.

[Left] Polyps in the colon. [Right] Cancer in the Colon/Rectum area.

Cleo had her endoscopy and colonoscopy done after the Chinese New Year of 2017. The doctor didn’t find ulcers or parasites. They found some nodules in parts of her colon and rectum. A such, they did a biopsy on some of those abnormal tissue and sent those to the labs for examination.

Imagine the shock Cleo had when her doctor called her and her husband in for an urgent discussion. He revealed that the tissue were an aggressive malignant tumour that has penetrated the sub-mucosa and affected a large section of her colon and rectum. He recommended immediate surgery before it spread further and penetrate deeper!

Cleo then did a CT scan and went for a surgery to remove 60cm of her lower colon and upper rectum. The doctor has also recommended chemo-therapy if the CT scan shows the cancer has spread to the lymph nodes or other organs. Fortunately the cancer has not spread and she was spared a really painful treatment with unpleasant side-effects.

Family Support
My father was a cancer survivor and a cancer victim so I had personally live through the nightmare of uncertainly, helplessness and anxiety that followed when a loved one is diagnosed. These days, part of my job includes counseling clients undergoing treatment for a major illness.

Luckily, Cleo’s family was very supportive of her going for the treatment because it was considered an intermediate stage cancer and the prognosis was very good. Besides being financially well-to-do, she had insurance that covers all treatment costs up to a Private Hospital. However, in order not to worry her extended family, they decided not to notify their relatives. I usually recommend involving the closest family members or friends that the sufferer can trust to give moral support.
The 3 of them would go to all the consultations, tests and follow-ups together whenever possible and her husband is always by her side. It is vitally important a family member be there when a cancer victim is fighting for his or her life. It will drastically improve their mental state, giving them strength to continue the treatment and improve the chances of survival.
Financial costs

Cleo is still going for follow-ups to monitor her recovery because she lost 1/3 of her colon/rectum, which lead to a reduction in her body’s ability to digest food and extract nutrients. Fortunately, she is no longer losing weigh despite her still being weak due to her surgery and her vegetarian diet.

Thus far, her treatments, including pre- and post-hospitalisation totalled around $80,000. This excludes the costs of the dietary supplement like Ensure/Prosure, which is a nutrient supplement that doctors recommend.

Her hospitalisation insurance took care of 100% of her medical costs. She has also filed a Critical Illness claim for one of her AIA WholeLife policy with a proceed of around $400,000. That has also been approved and disbursed. This means that policy is now fully claimed and she no longer has to pay for it.

She will need to continue paying for her hospitalisation policy though because it still covers her even if she suffered from a second bout of colorectal cancer, which is a remote possibility.

The $400,000 proceed allows her to get a temporary helper while she recovers and it relieve the burden from her husband’s income. This ensures she can continue to live her life with dignity and maintains the family’s standard of living.

Cause of her cancer and life style changes

At this point you may ask, so what caused her cancer in the first place? Here’s the twist to this true story that surprises even me.

The surgeon who operated on her also did a comprehensive blood work. It was found that she is Vitamin B12 deficient. This study done in Jordan shows a strong correlation between lack of folate and B-complex vitamin to colorectal cancer. As part of her post-op, she is required to supplement her B-complex Vitamin to try to boost the health of her tissues and muscles because of decades of neglect.

So where do you normally get Vitamin B12 and B-complex? Meat, eggs and dairy products of course! Everything Cleo can’t eat. Of course, Cleo knew about the importance of Vitamin B12 in her diet. However, as a person ages, the amount of nutrients our body can absorb from food is lowered, coupled with wear and tear of the body, our nutritional needs changes and the amount she needed is way more now than 20 years prior.

When you are younger, you can abuse your body by smoking, drinking, not eating certain food group, or overeating certain food. Some people subscribe to certain types of dietary fads (especially those made popular by celebrities) without consulting a nutritionist, thinking it is healthier than other types of diet.

Many of these diets are for short-term de-tox and only meant to do for a month or so, not long-term. Before embarking on a diet, it is wise to talk to a dietician or a nutritionist because they are the experts.

In Cleo’s case, no one knew enough to educate her to take Vitamin B12 supplements, eventually leading to her colorectal cancer. Fortunately for Cleo, her condition was detected early enough and she lived to talk about it. Her buying of insurance at a young age also ensures the premium is affordable for the rest of her life.

She is expected to recover in a year’s time, but B-complex supplements will forever be part of her diet.

One thought on “Colorectal cancer surviver recounts her story…”