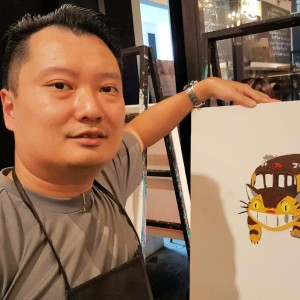 Unlike most other camera phones on the market, the Lumia 1020 has a Xenon flash. I don’t consider LED as a flash because it doesn’t have the necessary luminance & it’s ON for too long.

A Xenon flash fires for a split second to “freeze” any motion of the subject. I believe the Flash on the Lumia 1020 has fixed brightness & fixed duration. This limits its overall usefulness but it is still light-years better than all other LED lights on other smartphones. And since it’s not very powerful compared to DSLR, its range is limited as it can’t flood-fill an entire room or even an entire scene. Which is why, sometimes, it fires twice!

Deciding which mode to use will depend on how much light is available and/or if your subject moves around fast.

The point of having Flash is to ensure your subject is sufficiently lit in the scene. As such, any White Balance issues can be corrected in Post Processing.

However, since the Flash on the Lumia 1020 has fixed brightness & duration, its range is limited to just a few meters in front of you. This means that by default, the scene behind your subject will be very dark as the shutter speed will be fast to prevent ghosting of your subject if they blink or move.

To get a nice Night Portrait with beautiful background, you’d need a tripod or somewhere to rest the phone. Flash set to ON & Shutter speed set to 1 second exposure. Using the Timer function is advised!